As 21 states see upticks in COVID-19 cases and hospitalizations, the economic outlook is uncertain at best. These talking points highlight the key developments that may spike client concerns. 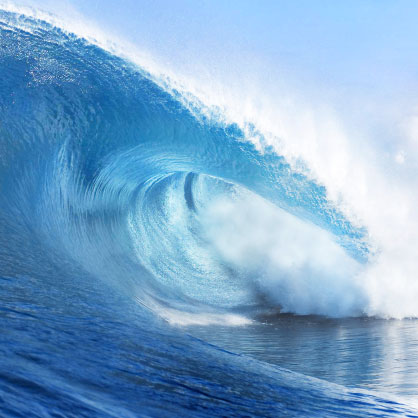 “The extent of the downturn and the pace of recovery remains extraordinarily uncertain and will depend in large part on our success in containing the virus.”

“For now, traders are betting the wisdom of the crowd supersedes bankruptcy law, arithmetic, and the efficient-markets hypothesis.” 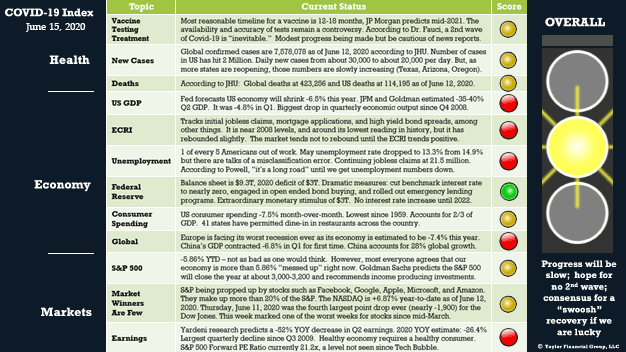 While some states are experiencing a dramatic spike in cases of coronavirus, the truth is that the U.S. is not so much seeing a second wave as continuing to ride out the first wave of the pandemic, reports NPR. The image below illustrates, with data from Johns Hopkins. 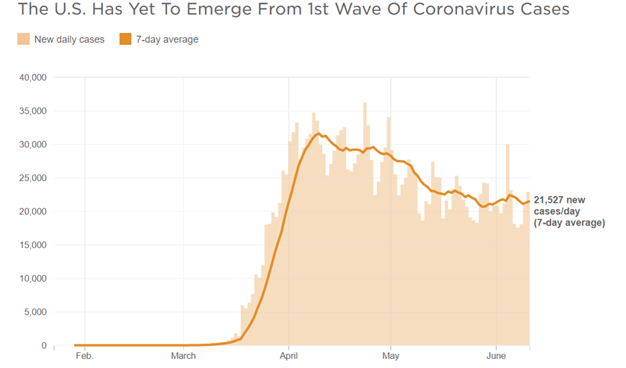 The U.S. is currently at a viral “reproduction rate” of 1—so, each infected person passes the virus to one other person. “If things stay basically status quo and we continue doing what we’re doing, we’re going to continue seeing 25,000 to 30,000 additional deaths a month for the foreseeable future,” says Dr. Ashish Jha, a professor of global health at Harvard University.

Coronavirus cases and hospitalizations are, indeed, rising in 21 states:

A true “second wave” is something epidemiologists expect in the fall, when decreasing temperature and weather conditions are more favorable to all coronaviruses, says Marc Lipsitch, DPhil, a professor of epidemiology at the Harvard T.H. Chan School of Public Health and director of the Center for Communicable Disease Dynamics.

What’s going on in the economy right now?

Debra Taylor, CPA/PFS, JD, CDFA, is the principal and founder of Taylor Financial Group, LLC, a wealth management firm in Franklin Lakes, N.J. Debra has won many industry honors and is the author of My Journey to $1 Million: The Systems and Processes to Get You There, a book about industry best practices. She is also a co-creator of the Savvy Tax Planning program.